Stepney City Farm is a colourful little gem nestled in the heart of East London. Its multicoloured bunting flutters in the breeze outside the newly painted ochre coloured cafe, which serves up local produce grown on the farm. There are goats, pigs, chickens and rabbits, workshops, education programmes and allotments to name but a handful of the activities that take place here. Speaking to the farm’s CEO, Clare Hawkins about the sheer range of activities going on at Stepney, it's a feat to be holding so many strings together.

Founded in 1978 on an old bomb site, you can still see some of the ruins of a church when walking around the farm today. It was then that local residents decided to take over and create a farm. “It was part of the whole 1970s movement for city farms. There wasn’t any lease or legal ownership of the site until 2010, so it was essentially a squat until that time. A new charity took over and renamed it Stepney City Farm - it used to be called Stepping Stones. It’s gone from strength to strength since then.”

A large part of that growth was in part down to Crossrail needing to use part of the land for development work in 2012. While at first it might have seemed like a blow, it quickly turned into a positive for the community. “There’s a scheme called Section 106 which means that if lands get taken over or developed, local property owners or organisations can benefit from money to improve the local area.” While they might be sick of staring at cranes and construction equipment, they’ve benefited from the funding and manual assistance. “Crossrail have been really helpful in donating their time and labour and their own materials to get lots of the work done for us. We’ve had a really good relationship with them and we’re approaching the end of the time they’ll be on the site. From July 2018 we’ll be getting some of the land back in three stages. They need to keep part of it but we’ll get back quite a significant part of it that we’ll be using to do more farming, more growing and possibly getting some cows.” 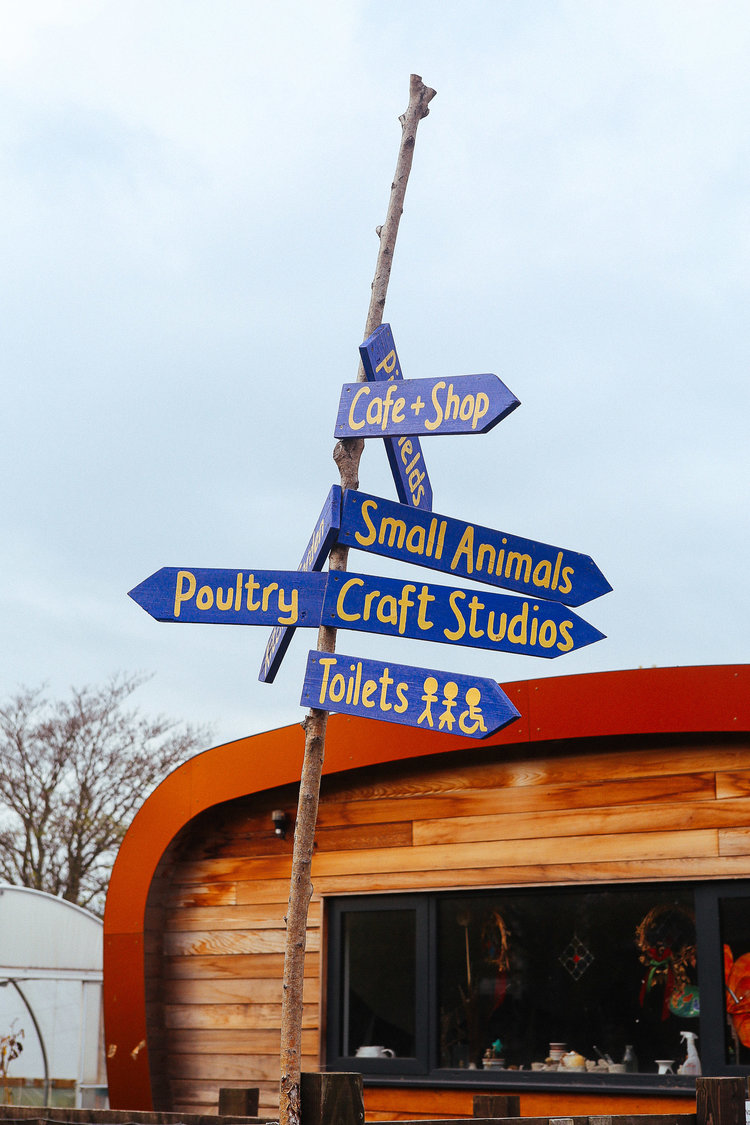 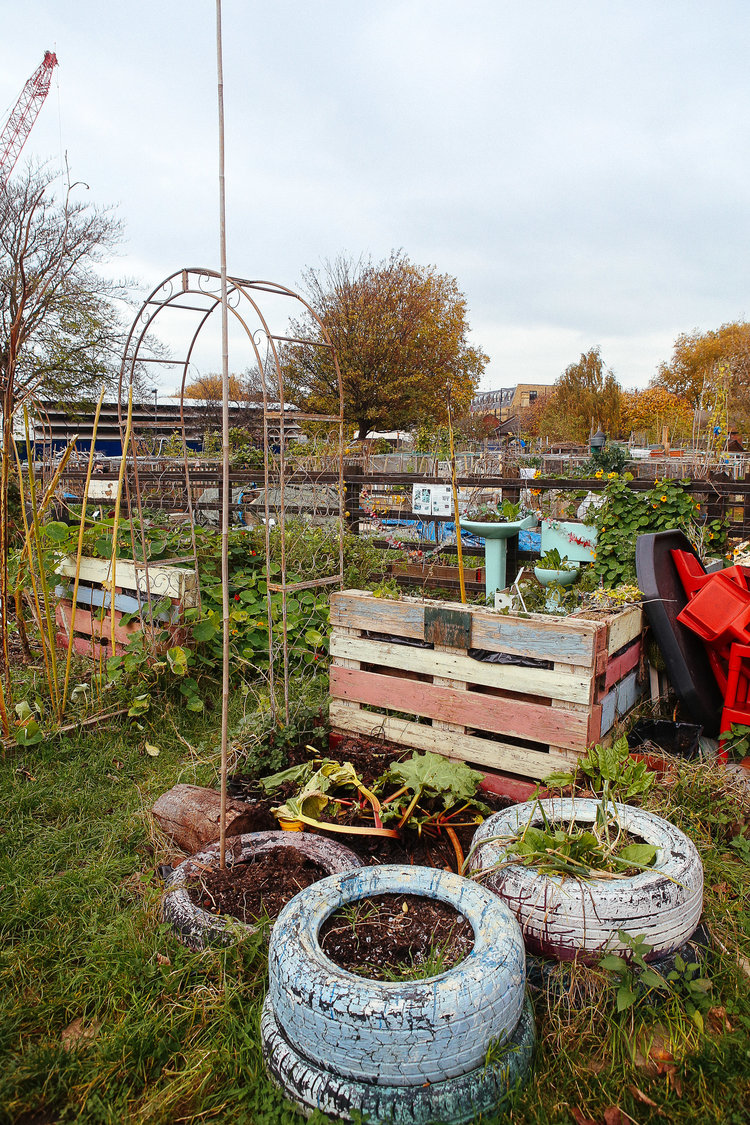 That growth is hugely empowering, both for Stepney City Farm and for all those who benefit from its many community building projects. The main charitable objective of the farm is education and they host over 4000 school children a year, putting on workshops and giving tours. “We’re right in the middle of Tower Hamlets, which is one of the most deprived parts of the UK. There are high levels of child mortality and poverty and we provide an opportunity for children and adults to come along and see things they might otherwise never get to learn about such as rural ways of life, better eating and improving health.”

The farm keeps sheep, goats and chicken which are raised for meat, and one of their primary goals is to educate people about where the meat on their plate has really come from. “It’s really surprising when our education officers take children on tours around the farm; to watch them making that connection that actually these animals are the same as the ones they buy from the supermarket. Hopefully what we’re doing encourages people to think about where their food comes from and how the animals have been treated.”

Stepney City Farm have made it a priority to teach people about factory farming in particular. “A few years ago we had a blacksmith in one of the workshops and he made a big cage for us, which was the equivalent size cage that battery hens are kept in, if it was human sized. We had an event around animal welfare and we invited people to get into the cage to see what it felt like. It’s a very powerful demonstration.” 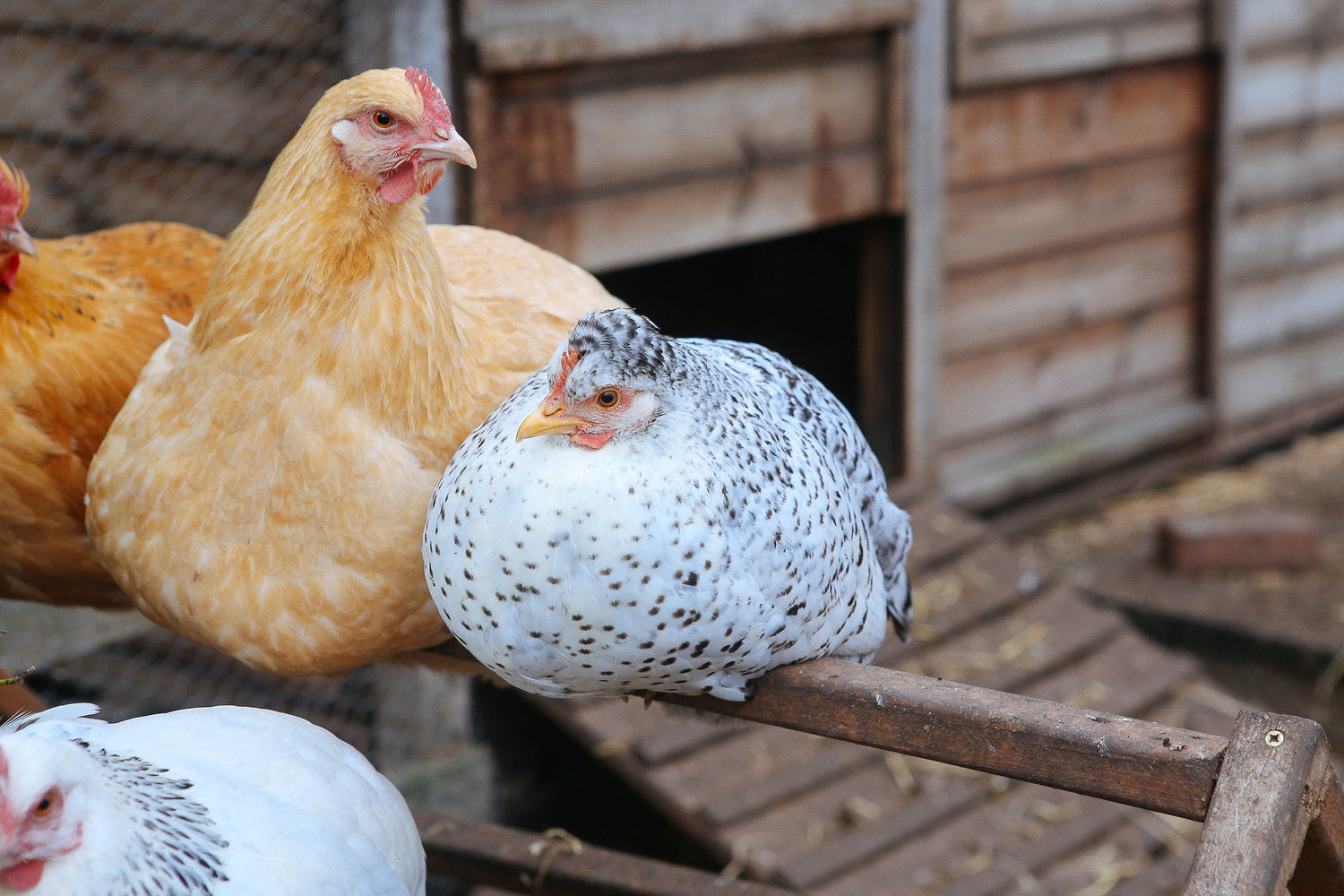 There’s also understanding at Stepney that access to organic, local produce isn’t easy for everyone to come by. "It's hard for people living on the poverty line and for people who don’t have the time and money to scrutinise where their food is coming from.” Stepney City Farm aims to bring that to people, and one of the (many) ways they do this is through allotments. There are 72 in total but the estimated waitlist is six years. “They are designed to be affordable spaces for local people and it’s only Tower Hamlets residents who can take one. For job seekers it’s £25 a year or for people in work it’s £35 a year. Lots of people come along and see how beautiful they are and people get really excited by it and want to get involved." That hands-on experience of seeing how food is grown is inspiring for many of the local residents who don’t have the opportunity to grow at home. "It’s a shame we can’t have more because around here, not many people have gardens. There’s a lot of high rises - they might have balconies but there’s not a lot of space to grow things.”

Another way the farm connects people to food is through their vegetable box scheme. Unfortunately they can only facilitate around 10 people at the moment, but they also serve as a pick up point for another Tower Hamlets box scheme. “The thing that people really like about it is that they can try things they wouldn’t have thought about trying otherwise and they don’t have to do a lot of research to find out what’s in season. They’re being given food which is seasonal.” In order to best serve their local community, which has a high Bangladeshi  population, they’ve started growing Bangladeshi vegetables. “We like to make the farm accessible to those people and provide things they can’t get elsewhere.” 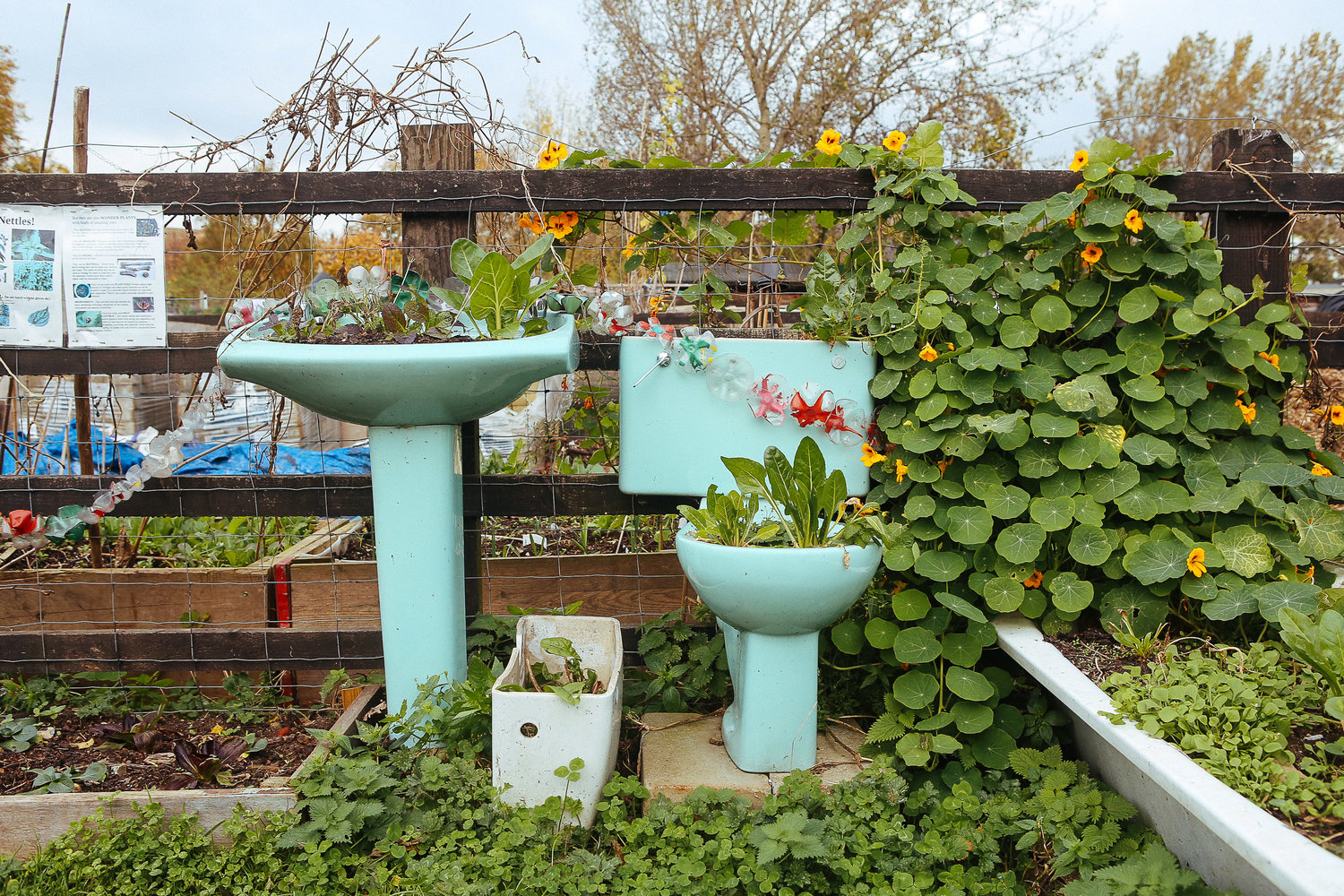 Connecting to and seeing firsthand where food comes from is really powerful, and one of the more popular food items that the farm sells is eggs. “All of our chickens are ex-battery. The difference between when they arrive and when they’ve regained their health after a couple of months is amazing. A battery hen would normally have about an 18 month life span before they’re moved on, processed and slaughtered. But a hen’s life can be about 12 years with all of that time being productive egg laying.” And the eggs go like hot cakes. “We have regular customers who won’t buy any other eggs. They would never buy eggs from the shop because they want to see where they’ve come from. The facility to buy locally produced food and see where it’s come from is a really great thing.”

And it’s not only about high welfare. Stepney are looking to encourage people to reduce their meat consumption for environmental reasons too. “Although we do have animals here to promote high welfare, there’s also a huge movement towards valuing that meat a lot more. Rather than eating factory farmed meat every day, our new chef wants to encourage people to eat meat in a sustainable way.” And that means serving up delicious vegetarian options alongside. 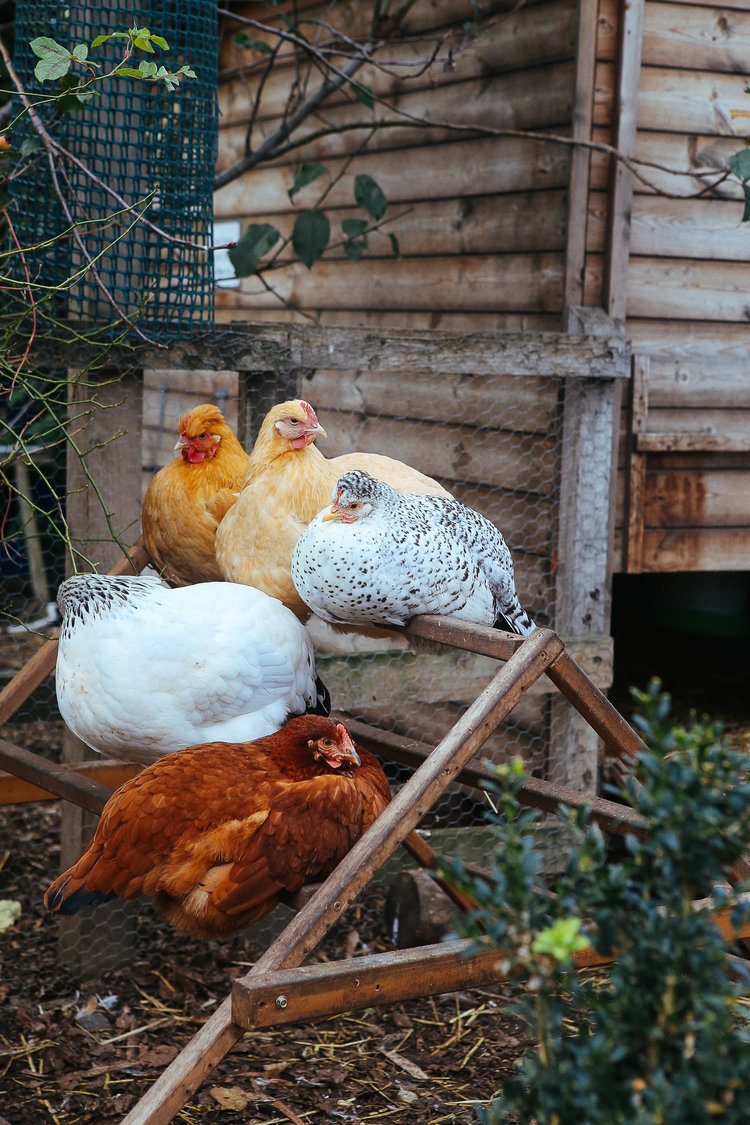 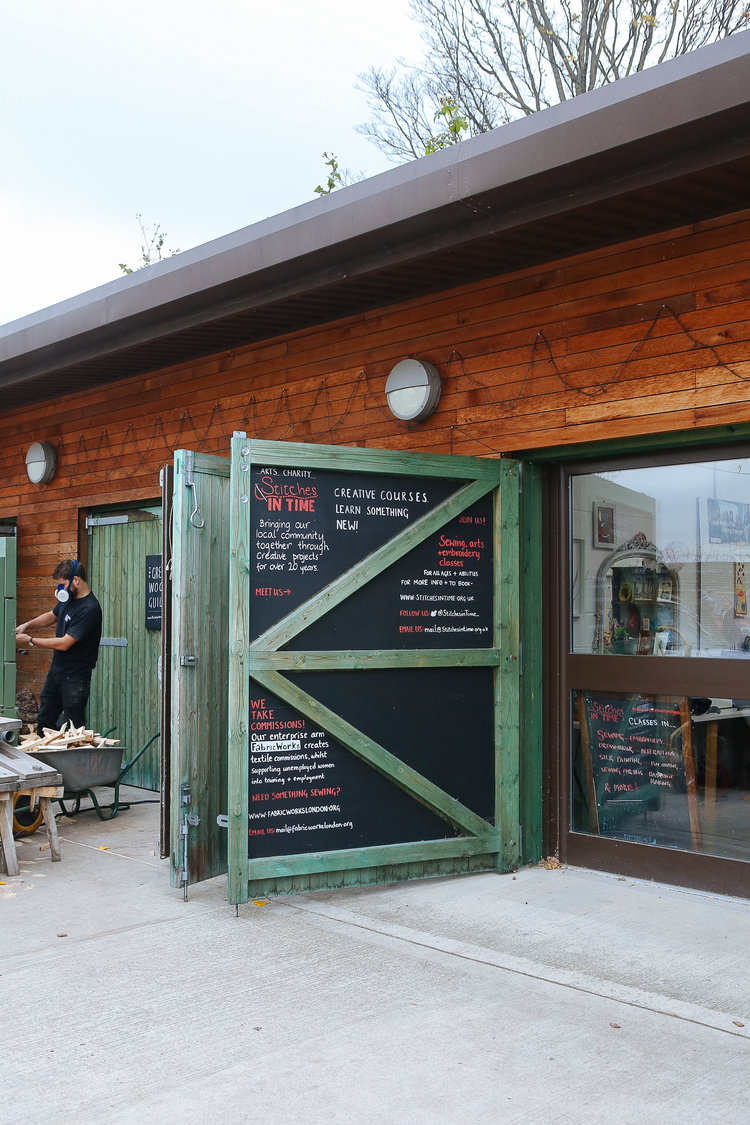 Serving the local community plays a role in their approaching to growing too. “We’ve got a dedicated gardener and she’s built relationships with three different restaurants who we sell produce to. We also sell a lot of it through the cafe and we also sell directly to the public and try to keep the prices very accessible so that members of the local community have access to high quality, organic produce.”

With so much going on at the farm, Clare’s constantly juggling all kinds of projects, from funding applications to vision and strategy. When asked where she sees the farm in two years, she’s pretty excited. “It’s an opportunity to really deliver something very significant for the local area and expand what the farm does. I hope that in two years time the whole organization is a coherent whole.” And not to mention waving goodbye to those cranes.